First-Time Buyers, Beware: Homeownership Is Becoming a Tale of the Haves and Have-Nots

Time was, the American plan went something like this: You work hard at your job. You bank some cash. You use a chunk of it on the down payment for your very first house, a reasonably priced starter in a reasonably priced neighborhood. You begin raising your family while building equity. Congrats! You're on a path toward financial stability.

But these days, the script is being flipped.

Even in the throes of a deadly pandemic, a devastating economic downturn, and unemployment for millions of folks, home prices have surged to record highs as would-be buyers duke it out over a limited number of properties for sale. And while this hypercompetitive, hyperexpensive housing market is taking its toll on all buyers, the impact is being felt most deeply by first-time buyers.

Those towering prices have forced many aspiring first-timers right out of the market, back to the endless treadmill of rentals.  It's led many to wonder if homeownership is becoming something of a tale of the haves—those with good jobs, flush paychecks, and excellent credit—and the have-nots, those struggling to make ends meet.

Is owning a home something that's becoming reserved for the elites—the ultimate luxury good? Or is it still within reach of the millions of first-time buyers who don't possess six-figure incomes or a trust fund? The answer, it turns out, is more complicated than you might think.

Nationally, median home list prices shot up 10.8% year over year in the week ending Sept. 5, according to the latest realtor.com® data. The significant increases were due to record-low mortgage interest rates allowing buyers to stretch further on what they can pay for a home as well as a historic shortage of homes for sale leading to offers over asking price and bidding wars. The number of properties on the market was down 39% compared with a year ago.

The median household income was just $63,179 in 2018, according to the latest U.S. Census data. Yet the median home list price was $298,670 in that year—nearly five times more. And it keeps going up and up. The median home price has risen to $350,000 in August of this year, according to realtor.com data. That's a 17% increase in just two years—way higher than the standard 2% to 3% inflation.

"The American dream is less attainable today than it was in the past," says Ken Chilton, a public administration professor at Tennessee State University in Nashville. "House prices have appreciated faster than wages for a long time. And now that people’s income has been cut or eliminated, that just exacerbates the problem."

As the pandemic has dragged on, prices in some parts of the country have jumped more than 20% as buyers stuck in their homes for months on end flee the cities for the suburbs or simply seek more space. (For example, they shot up 25% in Pittsburgh, to $249,950, and 21.6% in Los Angeles, to $999,050, in August compared with the previous year.)

Those rapidly rising price tags are making it increasingly difficult for younger buyers to become homeowners.

About half of households can afford the national median–priced home, but that number shrinks dramatically in the big cities, according an analysis from Meyers Research, a national real estate consultancy. Just 17% of Los Angeles–area residents earning local wages can afford to become homeowners in that metropolitan area, where the median price is just shy of $1 million. Only about a third of San Francisco– and New York–area residents can afford to buy in their respective metros.

“The current steep rise in home pries is absolutely posing a challenge for first-time buyers," says realtor.com Senior Economist George Ratiu. "It’s a real estate market that seems to reflect our two-speed economy: those who are employed and have high incomes and real estate and stock market holdings—and those who do not.

"As a result of this pandemic-induced recession, the divide is widening," he adds.

Record-low mortgage rates have helped to fuel the price increases by lowering the monthly housing payment for buyers. Mortgage interest rates fell to an average 2.86% for 30-year fixed-rate loans in the week ending Sept. 10, according to Freddie Mac.

“Every time home prices go up even 1%, more people get knocked out of the buying pool," says Wolf. "If prices keep growing at 10%, even the haves get knocked out."

The pandemic has opened up real estate across the country, driving up prices everywhere

The pandemic has opened up real estate across the country to higher-paid, white-collar workers who can suddenly work from just about anywhere. No longer shackled to commuting distance of their cubicles, some of these haves are chasing affordability out of the expensive cities and into cheaper metros, suburbs, and more rural outposts where they've been busy snapping up homes. Or they're seeking more square footage for less money.

That's been a boon for these workers, who tend to be higher earners. But here's the rub: They're also driving up prices in these areas as locals compete against deep-pocketed out-of-towners. In many cases, these new residents are pricing local buyers right out of their own markets.

"The single-family housing market is becoming a luxury market," says public administration professor Chilton. "We already had a housing affordability problem before the pandemic, but the pandemic brings a lot of those weaknesses to the forefront."

Home price appreciation is nothing new. Median list prices shot up roughly 13.5% from 2017 through 2019, back before anyone had ever heard of COVID-19 and the economy was still strong, according to realtor.com data. But such a high 10.8% increase in just one year amid a crisis is concerning, especially with so many Americans out of work.

A wide gap is also forming between those Americans able to save cash—and those living day to day.

Personal savings rates skyrocketed to 33.7% of incomes in April, according to the U.S. Bureau of Economic Analysis—a remarkable jump from pre-pandemic averages of 6% to 8% (rates have since come down to 17.8% in July). After all, people have been going out less, spending little on new clothes, and barely traveling at all. Such savings, of course, are being banked only by those with steady employment. 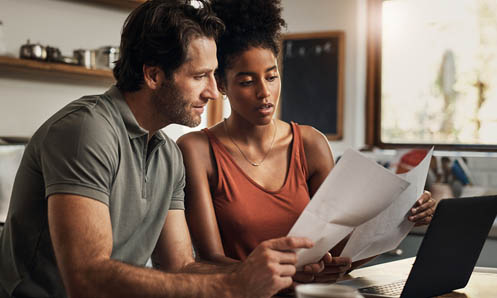 Is the U.S. in a renter's recession?

Many of those struggling the most in this recession are renters who would likely have struggled to become homeowners even before COVID-19 hit the fan.

Some of the lowest-paid industries suffered the most furloughs and layoffs. Workers in restaurants and hotels, transportation and warehousing, and retail disproportionately lost their jobs. But the annual salary in leisure and hospitality is just over $21,000 a year; retail workers earn around $31,000. Even in areas offering cheaper real estate, it would be tough to buy a home on some of these salaries without dual incomes or assistance.

Chilton fears the rising prices could make it even harder for people of color to become homeowners. The Black homeownership rate has yet to recover from the foreclosure crisis of the Great Recession. It was 47% in the second quarter of this year, according to Census data. Meanwhile, about 76% of whites owned homes.

Nationwide, Black households earned a median $41,511—nearly 40% less than white households, at $67,937, according to 2018 Census data, the most recent available. The income disparity, as well as a lack of generational wealth passed down, could make it harder for many folks of color to come up with a down payment and afford the monthly mortgage payments.

Are these fears overblown?

Not everyone believes the American dream of homeownership is dead for all but the wealthiest of buyers. Low mortgage rates and a willingness to untether from the most expensive cities are opening up some buying opportunities for first-timers.

Even despite the mind-bogglingly high price increases, more first-time buyers have become homeowners during the pandemic, according to National Association of Realtors® research. In July, first-time buyers made up around 34% of existing-home sales. A year ago, they were slightly lower, hovering around 32%.

Mortgages of all sizes are in demand. However, the biggest increases were in requests for loans of $510,000 and above.

However, down payments, while challenging to cobble together amid monthly rent, car, student loan, and other payments, can be as low as 3.5% or 5% for certain government-backed mortgages. Many folks, even those on more modest incomes, can come up with these, especially if they live in lower-priced parts of the country.

“Rising prices will always push that difference between the haves and the have-nots," says Gay Cororaton, NAR's director of housing and commercial research. "But low mortgage rates are making [homeownership] more affordable.”

Written by Clare Trapasso for Realtor.com