They say patience is a virtue. Home sellers attempting to unload their properties during this COVID-19 crisis may need to take those words to heart.

Nationally, homes are taking roughly 15 more days, or about 27% longer, to close than they did a year ago, according to realtor.com®'s Weekly Housing Trends Report. It looked at realtor.com data for the week ending May 16. This is the biggest increase in the number of days that homes spend on the market since 2013.

“Mid-May is normally the time of year when homes sell the fastest," as it's in the thick of the busy spring home-buying season, says realtor.com Chief Economist Danielle Hale. But the coronavirus pandemic and its ensuing stay-at-home orders, surging unemployment, and likely economic recession are drastically slowing down the real estate market. "Today’s median time on market is more like what we usually see in late February or November." 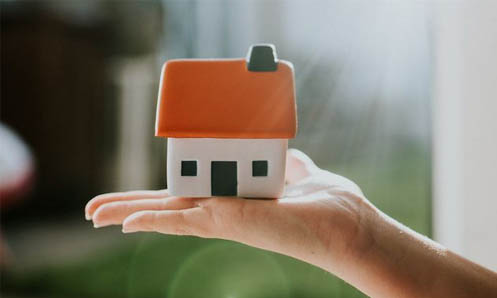 Days on market have steadily been creeping up since the crisis began. In the first two weeks of March, before the pandemic reached crisis levels in America, homes were selling four days faster than the previous year. Less than two months later, homes were parked on the market for an additional 11 days compared with the year before. The next week, ending May 9, they were taking 13 days longer to move than in 2019.

“For buyers, it could be a sign that they don’t have to decide as quickly," says Hale. "For sellers, it just means they should be prepared for the process to take longer.”

However, a drop in new listings is also skewing the overall count of days on market. When a property is newly listed, it's recorded at zero days on the market. With many sellers reluctant to list their homes during a global health crisis, the remaining homes for sale have a higher average days on market, points out Hale.

She expects days on the market will drop again in the late summer as more cities loosen restrictions and more potential buyers can go back to work. That's when sales are likely to begin heating up again. Traditionally, the summer is the peak of the buying and selling season as families often want to move before the kids start school in the fall.

The housing market isn't just challenging for sellers. The number of new home listings also dropped 28% compared with a year ago—making it even harder for buyers to find their dream abodes. And that's an improvement as more states have reopened and are permitting in-person showings again. The number of new listings had fallen 39% year over year in the week ending May 2.

The overall number of listings was down 20% annually.

But buyers shouldn't bank on scoring a recession deal. Nationally, median home list prices were up 1.5% annually in the week ending May 16. While that rate of increase is below the 4% bump in prices seen in the first two weeks of March, it's still enough to dampen the enthusiasm of bargain hunters.

This "may be surprising to a lot of people," says Hale. Prices remain high because, despite the flagging economy, high unemployment, and general uncertainty, there are more home shoppers than sellers. That imbalance could result in even higher price jumps in the upcoming weeks and months.

"There are still buyers in the market, and there still aren’t a lot of homes for sale,” says Hale.

Written by Clare Trapasso for Realtor.com